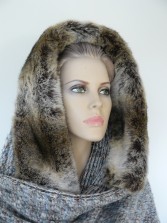 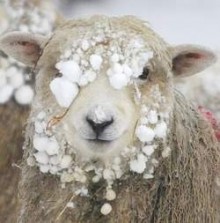 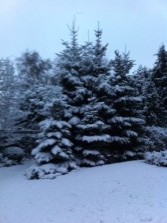 The snow covered up the grass with her great white cloak,
and the Frost paited all the trees silver.
Then they invited the NorthWind to stay with them,
And he came.
He was wrapped in furs, and he roared all day about the garden and blew the chimney pots down.

September 15 2012
During a dinner party of two international Rotary Clubs at a beautiful country hotel “De Klinze” a sparkling hat fashionshow was performed by Hillegonda. 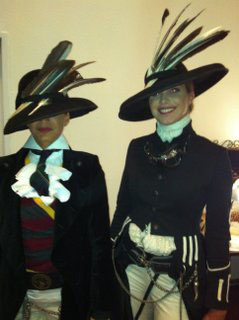 Juli 14 – 15 2012
In Paris and Versailles, France a fotoshoot was taken for the new summer collection 2013 of the Brasilian top brand Luana Jardim.
In Brasil this brand is famous for its beautiful shoes and juwelry.
During the fotoshoot, made by photographers Hans Withoos and Jolanda Cats, hats from Hillegonda Hoogvliet were used.
For an impression of “the  making of” click here. 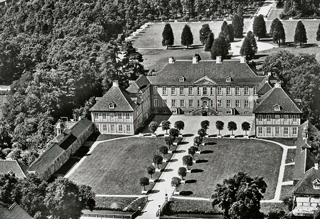 April 25 – September 30 2012 A hat design of Hillegonda was shown in this prestigious exhibition in palace Oranienbaum near Berlin, Germany. 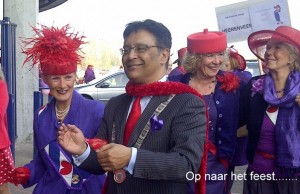 April 25 2012 In Heerenveen the Dutch Convention of the Red Hat Society took place.
Organising Red Hat Chapter was “Het Friesche Haagje”from Heerenveen.
On the photo left: mayor of Heerenveen Mr. T. van der Zwan with on his left Queen Afrodyn and on the right mrs Antamea and mrs. Unica.
Both the hats from Antamea and Afrodyn are hand made by Hillegonda. 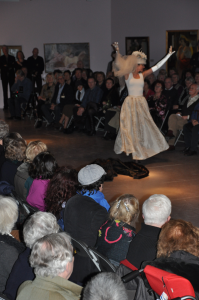 A LONG WEEKEND IN “DE BUITENPLAATS”

_ _ The then following Hatshow from Hillegonda Hoogvliet was also at very high level and according to the famous Dutch writer Rosita Steenbeek could easily have been performed in Paris and Rome. Coco Chanel, for some time the lover of Igor, was her origin of inspiration. It was a stylish by times sparkling show with very diverse items, sometimes very wearible sometimes extravagant, supported by a bouquet of music and beautifully performed by inspired mannequins and dressmen.
A lot of work in the preparation done by many in and around De Buitenplaats, resulted in reaching a climax of this season.__  J.R. 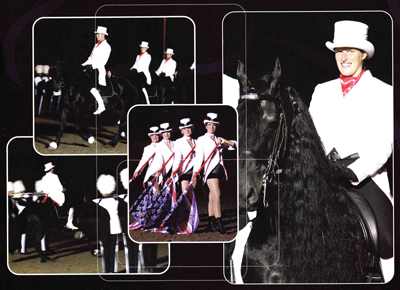 October 25 2009 – Where horses and marching bands were normally kept miles apart, Advendo from Sneek, seeks for cooperation with the Black Pearls of Rhythm.
The result amazed the entire world.
Frisian Horses and musicians shoulder to shoulder, performing together in one spectacular show.

The hats of the horsemen and – women were made by Hillegonda.

Also Jumping Amsterdam held in november of this year was ended with this fabulous show. 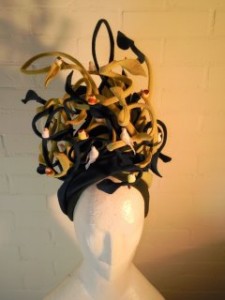 September 18 2008 – Transportation company Connexxion is holding an auction in a webshop of 12 Dutch hat- designers. The auction is part of Connexxion-to-talent, a project in which the company tries to surprise its clients and at the sane time stimulates artists.

With the hat auction the company referres to the hat parade at Budgetday. The theme for the twelve hat designers was ‘me and the other.’ Revenues for this auction are for The Dutch Disabled Child Foundation.

The auction is popular : for the design of Hillegonda Hoogvliet ‘birds in the bush’ already an offer of € 16900,- was  made!!

Slideshows require the Flash Player and a browser with Javascript support.